On 23 February 2010, I presented my research at the University of Helsinki, in the framework of Professor Hannu Riikonen′s doctoral seminar. Thank for Dr. Éva Gerevich-Kopteff for her kind help in the preparation of my participation.

The 2009/3 issue of Többlet (Journal of Transylvanian Hungarian Philosophy Society) in the edition Adrián Bene presents the works of the Pécs School′s young scholars. The articles opening new aspects in the Hungarian Nietzsche research, hermeneutics of Gadamer, phenomenology and feminist philosophy. 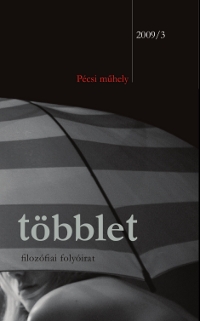 The Bridges in San Francisco

Pécs, as the hosting city of the Bridges World Conference, introduced itself in San Francisco.

One of the largest events of the Pécs 2010 European Capital of Culture program, the Bridges Pécs 2010 World Conference introduced itself at the most important mathematical conference of the USA, the Joint Mathematics Meetings, to which 6000 people attended. Reza Sarhangi, the president of the Bridges Organization, introduced the short invitation film of the Bridges World Conference at the event, which is being organised in collaboration with the Pécs Cultural Centre, through which the visitors could catch a glimpse of the artistic and scientific heritage of Hungary and Pécs. The president of the organisation also spoke about his personal experiences when visiting Pécs in 2008, and also about the programs connected to the conference in Pécs. 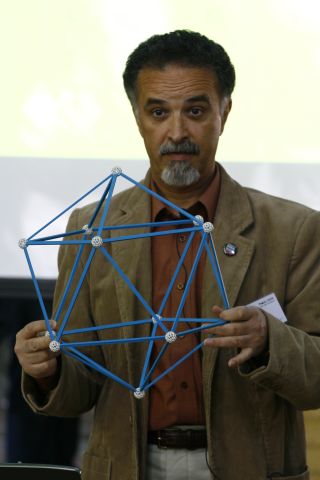 Reza Sarhangi at the Pécs Ars GEometrica in 2008

Bridges Pécs 2010, hosting educational, scientific and artistic programs such as exhibitions, film, musical and theatrical performances alongside the official conference program, has many surprises in store not only for mathematical researchers. The Bridges Family Day and MathArt Fair will also be an exciting event, where people can come into contact with the works of participants coming from 30-40 different countries, and with the artists as well.

DEMOVERSION in the Kalligram Journal

Under the title of DemoVersion and with the introduction of the guest-editor Kristóf Fenyvesi (Jyväskylä University, Finland), in 2010 January the Kalligram Journal presents a selection of the Pécs Ars GEometrica 2009 International Convention and Workshop′s ′Digital Culture′ session.

The DemoVersion presents articles on game studies and ergodic literature by the editors of the Cybertext Yearbook Raine Koskimaa and Markku Eskelinen (who is also an editor of the Game Studies international journal of computer game research). Besides the Finnish authors Miklós Kiss (Groningen University, The Netherlands), Zoltán Gábor Kiss and Norbert Gyuris (Pécs University, Hungary) contributed to the issue, in the framework of an international collaboration launched in 2008 with the publishing of the first Hungarian language reader on computer game studies (NARRATÍVÁK 7. - Elbeszélés, játék és szimuláció a digitális médiában. Kijárat Kiadó, 2008).

The authors would like to thank to Professor Beáta Thomka (Pécs University, Hungary) and Professor Tuomo Lahdelma (Jyväskylä University, Finland) for their professional support, and Zsolt Beke, the editor of the Kalligram Journal for his work. 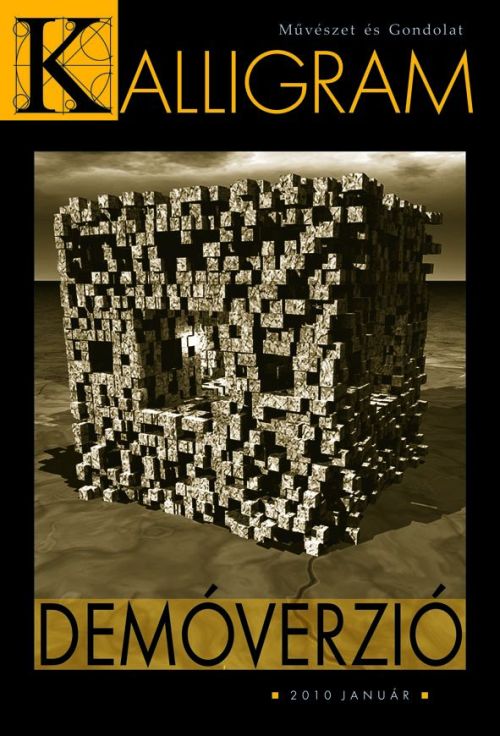 The books will be shown by Kristóf Fenyvesi